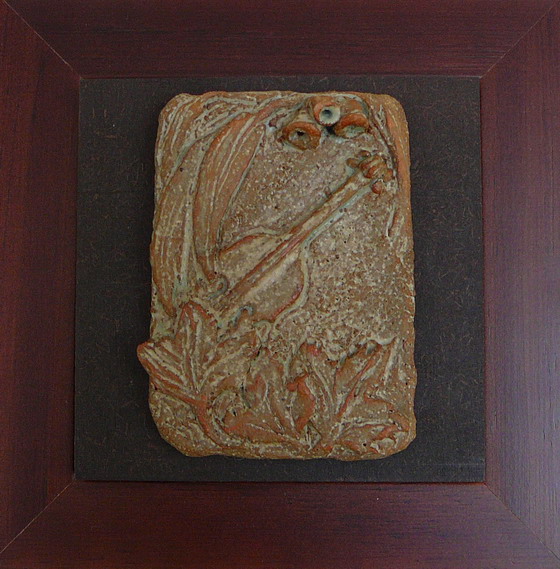 Something at Mary’s created a ceramic etching as a special thank you for visiting Canadian violist Steve Dann who played in Bundeena recently.

The concert was the brainchild of Australian violist Deborah Lander who has family living in Bundeena. Visiting Canadian violist Steve Dann was the star attraction in this his only east coast performance. Steve was in the country as part of world violist conference being held in Adelaide. He had lived in Sydney briefly as a student in 1973 and had played at the opening of the Sydney Opera House. Steve and his family had spent the weekend in Bundeena and they were quite taken by it’s natural beauty.

At the end of the concert local artist Marion Stehouwer of Something at Mary’s presented Deborah and Steve with a special ceramic etching combining the elements of viola, australian gum and canadian maple leaves. The etching had been made by Janet Selby who also has works on display at our studio.